Heartiest Congratulations Rishi Sunak on being appointed the Prime Minister of the United Kingdom! How I wish the headlines, comments and memes had stopped at just that. Instead, they all focused on how a ‘brown’ man had broken the glass ceiling to occupy a haloed seat which apparently not many in the Tory party wanted anyway.

The absolute unfiltered fact of the matter however was that a British citizen had been selected by a laid down democratic process for a public duty at a national level. Surely he will do his best to justify his selection. Nothing more, nothing less.

The propaganda back home was also not on unexpected lines. An Indian-origin gentleman and that too a Hindu had thrown away the mental yolk and shackles of a century of colonialism in one stroke. Oh wow! As if redemption and geo-political karma had caught up after-all.

Similar was the earlier hype created by the media about the tribal antecedents of our current President. Social engineering and messaging is what the politicians continue to do unabatedly and unabashedly. But do we ever pause and reflect that the very attempt to glorify such achievements is actually an attempt to reinforce the socio-cultural divides that we claim to be bringing down?

The underpinnings of racism are so deep that we may actually be professing that ‘you may be the Prime Minister’ but even for a moment, please don’t forget that you still remain a brown man. You are on the perch either because or in spite of your skin colour. But I am not going to let you for a moment forget that it is different.

The Western world has its racist beliefs cast in very subtle undertones. Not many talk about it openly today for that would be crossing a legal redline. But when you are at the receiving end, you can feel it in the eyes, in the demeanour, in the restrained wit & humour. Admire the mastery of so much being said with a twisted brow without a word being uttered!

Scientifically exploring the subject, light skin is just a human skin colour that has a low level of ‘eumelanin’ pigmentation that has adapted to environments of low UV radiation. As populations migrated away from the tropics into areas of low UV, they developed light skin pigmentation as an evolutionary selection acting against vitamin D depletion. Better absorption of UV rays in these areas helps the light-skinned bodies to synthesize higher amounts of vitamin D. This aids calcium development.

Conversely, light-skinned people who live near the equator with high sunlight are at an increased risk of folate depletion. As a consequence, they are at a higher risk of DNA damage, birth defects and skin cancer. Incidentally, humans with darker skin who live further from the tropics have low vitamin D levels, which also can lead to health complications.

But one valid question comes to the mind. What is the connection between skin colour and racism? Simple hypothesis. The Western world being essentially non-agrarian had a survival requirement to go out and ‘plunder’, if I may allow myself the use of such a strong word. Come to think of it, the need to be ahead of the game as a survival need still has not gone away.

What came in handy was the development of ‘means to fire gun-powder’ or firearms in other words. Aided by advancements in metallurgy and fine tolerances derived from the watch industry, the West never let go its initial lead to be able to strike from a greater distance. Competing interests to colonize and dominate provided the necessary and timely impetus.

Needless to say, the supposedly fairer ones became more powerful. ‘Fair & handsome’ and ‘Fair & lovely’ thus became aspirational buzz words of an increasingly ‘unfair’ world. Caught in a web of inexplicable self-denigration and disparagement, many still continue to play catch up with a ‘nothing but epidermal’ differential and variation.

The gun-powder was making a tidal mark in history and a revolution in military affairs in the 15th century. Approximately the same time, Bhagat Kabirji composed 292 hymns which find an esteemed place in the Guru Granth Sahib, the holy book of the Sikh faith. Born to a Brahmin mother, he was abandoned in his childhood. He was thereafter raised by a Muslim weaver who taught him the same trade.

One of Kabirji’s most famous hymns “Awal Allah Noor Upaya” relegates all talks of racism, caste and parochial affiliations to their natural habitat, the dustbin. Irrespective of your religious beliefs, I would request you to listen and immerse yourself in this beautiful hymn whenever the opportunity arises. It has been sung by various singers and easily available on YouTube. Sharing the first few lines of this purest of spiritual creations along with its translation to stimulate you:

Awal Allah noor upaya,kudrat ke sab bandey
First, Allah (God) created the Light; then, by His Creative Power and Aura, He made all mortal beings.

Ek Noor te sab jag upja,kaun bhaley ,kau mandey?
From the One Light, the entire universe welled up. So who is good, and who is bad?

Maati ek,aneik bhaa(n)th kar saajee saajanehaarai.
The clay is the same, but the Fashioner has fashioned it in various ways.

What a lovely, profound and inspiring thought! The colours of the pots may vary. But the moment we clean our lenses and perceive ourselves to be created by the same creator from the same clay, the question of race, caste and creed becomes irrelevant.

Differences if any, are after all just a pigment of imagination!

Postscript: Was Kabirji ahead of his times or have we regressed so much in 500 years? Or we will always find a way to create such differentials?

One of the renditions of ‘Awal Allah Noor Upaya’ is https://music.amazon.in/albums/B08TMSW94V?marketplaceId=A21TJRUUN4KGV&musicTerritory=IN&ref=dm_sh_qjMZ5avsvanbMDfmRiyyJRVEJ

First published at Seekmediation.com on 15/11/22

previous
The Ravaged Queen: Two more pennies from Amit
next
And Then Came Akhil... 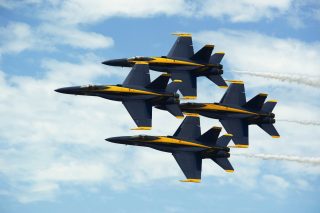 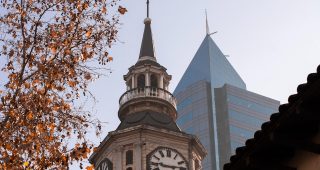 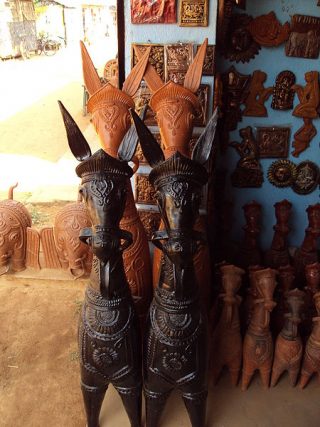 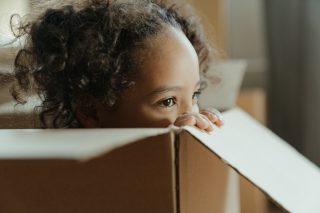