I remember quite vividly that I was made the Library member for an Officers’ mess exactly four decades back. In my enthusiasm to infuse fresh blood into the academic arteries of a very antiquated and rather limited-collection library, I had gone to Hyderabad to pick up some new books which went beyond the standard thrillers of the James Hadley Chase variety. One of the books that I remember picking up was the ‘The Oil Kingdom’. I forget the author’s name and am not too sure if the book is still in print or not.

Well, the book was a very detailed commentary about the history of Saudi Arabia leading up to the present times. Present time then was obviously 1982. The book was very well laced with anecdotes and stories and made interesting reading about the sociology of the land. In fact, an entire chapter was devoted towards the archaic judicial system of the region. By today’s democratic standards, justice meted out was very often direct, quick and extremely harsh.

Conviction time could range from five minutes to a day and not many had heard about a word called “Appeal”. Regulation of a tribal society required exemplary punishment and instant justice was the norm. Stoning to death, dismembering and beheadings were not at all out of place. In fact, there was a time when people never used to lock their homes because there were no thefts as potential thieves knew that “a happy birthday” into a new life awaited them if they were ever caught. Very medieval but quite effective in those ages.

Just to cite an example of a typical judicial howler from the book, a man walking home on a street came across an unclaimed jute sack bag on the street. Since the bag was certainly not empty, he felt curious to determine its contents without opening it. He therefore went ahead and kicked the bag with his foot. Out came the smell and fumes of some kind of coffee.

With a genuine intent of restoring the bag to its rightful owner, he went to the nearest police outpost. He entered the building hesitatingly and reported that a bag of coffee was lying unclaimed at ‘such and such place”. To which the official in-charge asked him, “How did you come to know that there was coffee in the bag?”.

“Well, I kicked it, of course”, said our protagonist. To cut a long story short, the end result was that the official ordered that our man’s right leg be amputated since he had used his right foot for kicking and insulting something that did not belong to him. Unbelievable but true!

Judicial howlers are not restricted to Saudi Arabia or to those ages. We see them everyday even in these so-called modern times in thriving democracies including India. The latest one being the case of an anticipatory bail being granted to a prominent writer, activist and social critic by the Kozhikode district sessions court in Kerala.

The sexual harassment charges are unquestionably serious but to be fair to the defendant, the entire matter is sub-judice. It would therefore be absolutely unfair and incorrect to cast any aspersions on the character of the accused until the trial proves anything otherwise.

Horrific however are the comments made by the honourable court while granting the bail. The court observed that a sexual harassment charge will not stick as the woman was “wearing a sexually provocative dress”. Incidentally, the ‘provocative’pictures of the dress referred to, are from the woman complainant’s Facebook account and have nothing to do with the case. Such deep-rooted misogyny is certainly not uncommon in the country where the simple defining word called ‘consent’ is apparently not understood even by law-enforcement agencies.

As if this was not serious enough, the second part of the court’s observation is the bigger howler. The prosecuting lawyer undoubtedly wanted to invoke the Scheduled Tribe (Prevention of Atrocities) Act along with to make the charges even more serious. Dismissively, the court stated, “the accused is a reformist, and against the caste system and it is highly unbelievable that he will touch the body of the victim fully knowing that she belongs to the Scheduled Caste (SC).

Oh My God! There is no denying the fact that the Prevention of Atrocities act has been terribly misused and has lived past its shelf-life. However, if you notice, in one stroke, a so-called learned member of the judiciary has mistakenly undone the seventy five years of governmental efforts to uplift certain impoverished and down-trodden communities through social engineering. Which world are we living in, I wonder?!

What is the implication of this statement if you were not to treat it as a whimsical one-off from a senile judge? They say that sometimes what is heard is far more contemptuous than what you say. Essentially here what is being heard is that “you are absolved because you have been a social reformist in the past”. What about the merits and evidence of this case? What if the alleged victim belonged to a different caste? Would the judgement have been the same?

Milord, is not your uttering an atrocity under the same act under which you wanted to absolve the accused? How I wish our judiciary would restrict itself only to the charges, the evidence, the law and the judgement based on merit. I am not at all sure about the sexual assault part, but your verbal assault is far more damning and hurtful than anything that a person sitting in a haloed seat such as yours could have ever pronounced!

And I always thought that Saudi justice was primitive and crude. For taking us back to the middle ages, you take the cake Sir!

Dismayed and appalled to say the least,

Postscript: We have all heard about ‘contempt of court’ but is legal recourse available for ‘contempt by the court’?

First published at seekmediation.com on 19/08/22 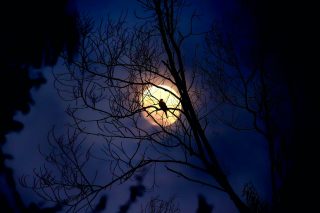