I read with much interest as always your latest blog post ‘The Abilene Paradox: A Trial By Fire’. Given that I am very much vested in India (even though I have adopted Canada to be my country and vice versa), and therefore its well-being means my family and friends’ will continue to prosper for the foreseeable future, this article resonates with me.

The Indian Armed Forces are institutions that are held in high esteem around the world. This, still in a country where world beating institutions are far and few between, does not go unnoticed by the citizenry of India.

Indians in India and abroad (like me) are justly proud of the glorious past of the armed forces built on pillars of professional experience, service to the nation in all weathers, the sacrifice on the domestic and international stage (WW1, WW2, Korean War (medical units), UN Peacekeeping). Excellence is a tradition, it is a habit, it is grounding and it is not being satisfied by good enough.

It is with this I make my submission to you with no illusion of being a defence expert. Learning by reading/multi-media hath not maketh an expert. I submit that the ‘Fiery Path’ (lovingly called in GOI circles as ‘Agnipath’) scheme is going to ‘Trial By Fire’ the bedrock of the armed forces – its motivated troops, who have been drilled into believing and being for the Unit, Core, Country, God. Training is key and intense. It puts the trainee’s limbs and even life at risk (despite precautions). Soldiers, cadet officers are taught all for one, one for all – until they are in the armed forces and wearing the uniform.

The ethos of unit cohesion is built on the belief that the services will look after their personnel no matter what. I wonder – how does a four year tour of duty – after which there are no guarantees of a job security net translate into de/motivation when the training gets tough. Or what does it do to unit cohesion when 3/4 of the inductees (don’t know who) will be told gigs over?

And to Lord Wellington’s famous words quoted by you – what confidence does the young officer leading two year old Quixotes into the heat of a battle have about his back? I also wonder what kind of work would these ‘Fiery Braves’ (Agniveers) be given post training – and would they find themselves the base of the spear rather than the pointy end. Oh dear! What would that do to their morale?

This whole scheme has the handprints of a management consultant (or a wannabe) who goes from organization to organization wielding their cost cutting pen like a scythe. Their singular focus is in showing success in cutting a business’ cost.

The business of cutting costs by shedding human resources is often accompanied by a ‘devil may care’ attitude – attached to arbitrary and poorly researched libraries of cost equivalency models – ones that don’t take into consideration what makes a healthy and innovative organization tick.

The management consultant has no cohesion with his own firm. His services are available to the next highest bidder. The armed services are not a business (though world events make it seem so). They are the machines for winning armed conflicts. And like all well oiled machines, it only takes a spanner to bring it to a grinding halt.

I have read about shedding the colonial baggage and making the armed forces in the image of modern India. I am all for it, but not without a careful consideration of the OEM part being replaced.

As regards to expert speak on this, I submit two articles to you

previous
The Abilene Paradox: A Trial by Fire
next
A Matter of Choice 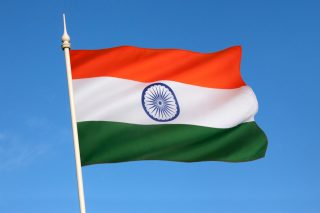 Time to Soar Away Does the name “Clive Branson” ring a bell? I am sure it won’t with a multitude of Indians today.

A Matter of Choice

A Matter of Choice “It’s been an exceptionally busy day, isn’t it Sister Sufia?”, remarked Dr Ramnathan, as he mopped 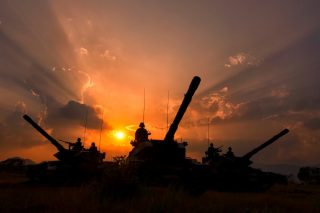 The Abilene Paradox: A Trial by Fire