The Abilene Paradox: A Trial by Fire

If you were to do a Wiki search on “The Abilene Paradox”, you will get something like this:

“When a group of people collectively decide on a course of action that is counter to the preferences of many or all of the individuals in the group. It involves a common breakdown of group communication in which each member mistakenly believes that their own preferences are counter to the group’s and, therefore, does not raise objections, or even states support for an outcome they do not want. A common phrase relating to the Abilene paradox is a desire to not “rock the boat”.”

The term was introduced by Jerry Harvey in 1974 in his now pretty famous article, “The Abilene Paradox: The Management of Agreement.” The name of the phenomenon has been taken from the anecdote elucidated by Harvey where a Texan family undertakes a 50 mile dinner trip to Abilene on a quite random suggestion from a family elder.

They undertake the trip and come back after a rather tiring and most miserable time. On return, they perplexingly discover that actually no one in the family wanted to go for the trip but did not admit to it when they still had time to enjoy the afternoon.

Frankly, my better half and I have also been through a similar situation when we landed up in an Andhraite restaurant whereas both of us actually wanted to go to our regular Punjabi Dhaba that evening. The underlying and mistaken assumption was that the other person would prefer a change of scene. Not that we have anything against Andhra food but somehow we just can’t stand the enormous amount of red fiery chillies they insist on adding in every dish.

Not verified, but I am given to understand that they also have a ‘chilly’ ice-cream on the menu nowadays. The explanation offered was that the cook formulated this new recipe because of a slight misinterpretation of the item “Chilled ice-cream”!

Before I lose my way in a Hyderabadi alley, I must come back to the Abilene trail and a ‘trial by fire’ of another kind. In this case, I am referring to the much maligned and ‘by now everyone knows’ induction scheme for the Indian armed forces, unpopularly known as Agnipath.

Frankly speaking, the last word on the subject has not been written. The proposal has been dissected to pieces in a country where polarisation and politicization takes place at the drop of a hat. As with any fundamental change, there will naturally be plenty of pros and cons. What you see or choose to see will obviously depend upon the lenses adorning your eyes. Also, in a few cases, some people may choose to project justifications which their hat demands them to. Can we say existential requirements? Understandable.

Now, where is the doubt that change is the only constant? Change we must, although armed forces are known worldwide for their inertia towards change. We are no different. If the same job can be done by forking out lesser money from the exchequer, we must choose the lesser cost option. No doubts on that. We must have a younger age profile of warriors where risk taking ability and energy levels are higher. Agreed. People who have been trained in the armed forces are likely to become better citizens. Okay, we will go along with that as well.

All that is fine but in spite of shedding all my biases objectively, I can’t still fathom as to why should an institution undertake a selection process where they choose a few thousand candidates from a few million, train them to the highest standards in the country, spend millions in upkeep, training & HR monitoring and release 3/4th of them just when the time comes for post-training utilization.

Armed forces have only one simple job to do and that is to win wars for the country. With that aim in mind, force generation and sustainment is fundamental to warfare. It has always been so but much more relevant in today’s digital age. An age where you are dealing with aircraft, equipment and resources which come at an astronomical cost. The smallest human mistake from a raw and untrained hand can result in unimaginable and totally unacceptable losses. The loss could not only by monetary but could also be in terms of operational preparedness at a crucial juncture.

We are moving towards cutting edge technologies: artificial intelligence, quantum technology and cyber systems. These demand an educated, technologically literate and experienced workforce. And such literacy does not come in the initial formative years where you are still grilling and drilling him towards basic soldiering.

Contact any commander worth his salt and ask him what he thinks of a rookie airman on the tarmac. Most of us know the answer, it is not rocket science. Lord Wellington’s famous words come to the mind here “I don’t know what effect these men [a fresh draft of troops] will have upon the enemy, but, by God, they terrify me!”

Sadly or otherwise, the scheme is well towards implementation. At this stage, it appears to be a fait accompli. In fact, the number of candidates who have registered for the scheme have been phenomenal. For the Air Force alone, over two lakhs aspirants have come forward out of which only a few thousand will be selected.

These statistics have been touted in social media as indicative of the brilliance and optimism derived from the proposal. But in technical project management, we are always made cautious of a maxim, “Beware, Co-relation does not imply causation”. Actually, these statistics could also be telling you a very different story of the socio-economic and large-scale unemployment woes of the youth in the country.

When I reflect deeper on the fact that these decisions have been collectively arrived at by individuals who are most qualified, undoubtedly patriots of the highest order, extremely well informed and have national security upper-most in their minds, I can only think of the Abilene Paradox.

The paradox is explained by social psychology theories of conformity and social influence, which suggest human beings are often very averse to acting contrary to the trend of a group when there is “real risk” of displeasure and negative consequences for not going along.

My earliest exposure to a kind of Abilene paradox was Hans Christian Anderson’s popular story, “The Emperor’s New Clothes”. I am wondering in this case, who will tread the Agnipath to impersonate the little child in the story to call out:

“But the Emperor has nothing at all on!”

A well-wisher and not a soothsayer,

First published at seekmediation.com on 09/07/22

previous
Ad Nauseam
next
A Trial by Fire Indeed: Resonance from Amit 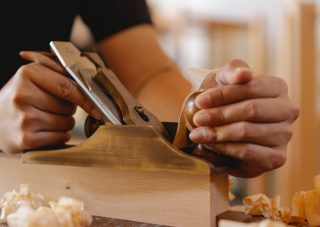 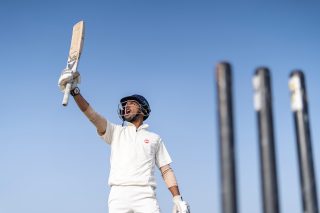