Ever since I was exposed to reading the classics, the Mahabharata has always been my all-time favourite. Fascinatingly close to life and its frailties, it exposes the best and the worst on offer. Each chapter brings forth a different level or genre of excitement as you are spellbound to this all-time blockbuster.

Amongst all, the episode devoted to the unfortunate disrobing of Draupadi and ultimately being the causal for the 18-day war is one of the most controversial and blood-boiling components of the mythological epic.

As is universally known, Duryodhana in cahoots with his uncle Shakuni devises a plan to cheat the Pandavas out of their possessions. Dharamraj Yudhishthira, the eldest of the Pandavas has a weakness for playing  the dice. Not knowing that the dice have been loaded, Yudhishthira continues to lose practically everything, his jewels, his kingdom, his brothers and his own self as well.

Befuddled with a typical gambler’s hope against hope, he finally bets Draupadi, the wife to the five Pandavas and loses her as well. As a result, her clothes stained, she is pulled into the royal assembly with her hair by Dushasan, Duryodhana’s  younger brother.

Goaded by the like-minded, he goes ahead with the disgraceful act of disrobing her in full view of the entire assembly. Her five husbands rumble inward with rage, but bound by dharma of being enslaved before the event, they are utterly powerless in saving her. Draupadi’s teary entreats fall on deaf ears, and in the end it is only Krishna’s divine intervention which prevents her from the ultimate humiliation.

The episode continues to create uncomfortable debates over the years by every generation who get to read the Mahabharata. But the one question which is always asked is, who was really at fault for this horrific tragedy to play out?

Was it Duryodhana the Kuarav heir-apparent who devised the whole plan to claim the throne which he felt was rightfully his? Or was it Shakuni, the crafty master manipulator who lead the innocent and trusting Pandavas up the garden path?

No, it was Duryodhana’s younger brother Dushasan, who dared to do the reprehensible act of pulling a lady by her hair into the Rajsabha and practically assaulting her. Or probably Karna who could have easily rescued Draupadi from the horrific ignominy but chooses to look away at the last moment. A moment he regrets all his life. My wounds are too deep, he justifies as he helplessly goes along

But what about the elders in the Sabha? Bhishma Pitamah and Dronacharya, although gutted and ashamed to the core, seek refuge and justification in a legal loophole in the law of the land.

Or is it the earlier happenings during Draupadi’s Swayamvar where she publicly spurns and insults Karna by calling him a Sutputra, the son of a weaver, considered low-caste in those ages. She invited these calamitous turn of events they say. After all, ego and vanity will ultimately always meet their fate. Ironically,  her Swayamvar became a Swayam war (a war on herself),

While the blame game goes on endlessly, over the years, surprisingly one person who escapes critical public scrutiny is Dharamraj Yudhishthira, the protector of the Dharma. You say, “Shakuni manipulated me, Duryodhana tricked me.” “They all connived to cheat us”, you hint at a collective folly.

No Yudhishthira! Sorry! You singularly allowed yourself to be cheated, manipulated and tricked. Gullible you were with your myopic thinking and intoxicated you were with a gambler’s classic hope of winning the next round. Or you were inwardly thinking that the elders will probably bail you out. Either way, not only were you an atrocious gambler but also a underserving king, and an unworthy husband and brother who had no right to be bestowed with the title of Dharam raj.

Every act of yours in this case was against Dharma and yet you manage to escape public censure and culpability because scribe Vyas has gone soft on you. God only knows how you were allowed preferential entry through the pearly gates.

As Ukraine gets tragically disrobed and destroyed today, Yudhishthira’s modern day Presidential avatar once again escapes scrutiny as a ‘Wested’ media paints him as a hero in borrowed military uniform.

The absolute basics of geopolitics dictates that buffer states must maintain their neutrality or risk being chewed. It is not rocket science. You should have dodged and negotiated and let that moment pass like the hangman’s noose time.

Simplistic it may sound but just one timely and unequivocal statement from you that Ukraine will not be joining NATO would have sufficed to prevent this horrific tragedy from playing out. It would have taken the steam out of the Kauravas. Of course, there were many other associated demands but they could have been negotiated had you folded your cards in time.

You have the world’s second biggest superpower lined up on your doorstep and you want to play brinkmanship with him. You gambled not only at your own peril but also of millions under your care. Gamble you may, but Kenny’s strains will always remind you,

You’ve got to know when to hold ’em

Know when to fold ’em

Know when to walk away

And know when to run

You use Ukraine’s nationalism and autonomy as crutches to justify your action of resistance. Sadly, even now all those ‘totally unacceptable conditions’ will be acceded to but coerced from you from a position of weakness and destruction. The Ukrainian blood is on many people’s hands but you are the one who will not be able to wash it off.

It is so distressing and all horrifically wrong. But you had the golden chance to prevent it from going that way.

In Draupadi’s case, there was Lord Krishna to save her. Alas! No Gods to your rescue!

Desperately trying to understand you,

Hindsight is always 20:20 and there will never be a dearth of “I told you” soothsayers. But let better sense prevail, by God. It is still not too late. 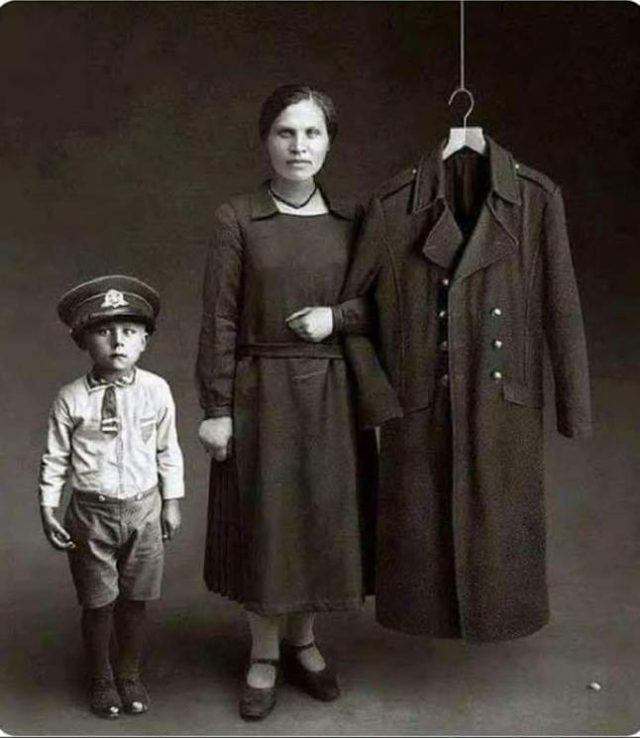 First published at seekmediation.com on 12/03/22

previous
A Quest for Purpose
next
From Afar

“Truly Secular” Long before the Mohalla clinics came into vogue, the annual Ramlila played out in almost every alternate