“The Shawl and Mundri”

“Can you please get Mataji’s Shawl and Mundri (Ring) now?” asked the family priest Radheshyam towards the end of the elaborate wedding ceremony he was conducting for the Kapoor household. As if this was the cue people were waiting for, almost the entire family came closer to the mandap so as not to miss out on the impending ritual.

Sure enough, both sides’ parents came together to bless the newly declared “happily married” couple. A red shawl along with a tiny jewellery box was produced by a family elder. The plainness of both the items in a way quite defied the pomp and show on display by the two most affluent families in town. As a grand finale, the bride was gifted the shawl and the groom put on a staid gold ring taken out from the box.

A bit intrigued by this element of the ceremony, I asked a family elder as to what this was all about? “You mean you don’t know?” he asked, with me looking at him rather sheepishly with askance.

With a further prod of admittance of my ignorance, the gentleman took me aside smilingly and related to me the story of Mata Pooran Devi, a one time family matriarch of the Kapoors and her association with the two items which were the centrepiece of discussion.

Pooran Devi or Dai as is normally pronounced in colloquial Punjabi, was born close to the turn of the last century in a rural hamlet just outside the precincts of Sialkot, in erstwhile undivided Punjab. Her exact birth year unknown, she was quite a tomboy from the very beginning.

Always loving headwinds, she insisted on doing whatever anyone said she should not be attempting. By 08 years of age, she was swimming fearlessly in the village pond and by her early teenage years, she was confidently riding a horse whenever there was a requirement to make a sojourn outside the village.

Reading and writing were of course out of bounds traditionally as culinary and other home-making skills took precedence. As was the wont those days, she was married off by the time she turned sixteen to a junior accountant, Prithvi Raj working with Pioneer Sports, the famous Sports company in Sialkot. Incidentally, the company has managed to survive even till this day.

A holy man he was. A spiritually inclined Prithvi used to work just to make a living for survival. Otherwise, his remainder of the day used to be spent in the company of religious and learned scholars in his search for Brahma Gyan, the ultimate knowledge.

With his veranda double-timing as a classroom, weekends for Prithvi were reserved for familiarizing the local youth with the three Rs and sharing his moralities, ethics and all things divine with them. Prithvi’s classes used to extend well into the afternoon with Pooran Devi impatiently waiting for him in the kitchen to have his midday meal.

Inquisitive that she was, Pooran Devi started hiding behind the veranda curtain to listen to her husband teaching the boys and answering their never-ending queries. At first the debates made no sense to her except that her husband was a very pious and learned man.  However, slowly the lessons started sinking in and her respect for him grew leaps and bounds. She would at times get so engrossed in her semi-distant education classes so much that she would forget her cooking chores.

“I also want to learn from you”, entreated Pooran Devi with a great deal of hesitation. “Sure, nothing will give me more satisfaction”, said Prithvi acquiescingly. And thus started her journey into verbal edification. Always shirking writing for some reason, she managed to read Punjabi reasonably well, but over time, her worldly pragmatism and wisdom far exceeded her modest literary pursuits.

Time passed. Two sons and four daughters enroute, the Partition occurred. The entire family migrated and landed up in a Refugee colony in old Delhi. Life started once again from humble roots as it did for many others with a similar fate.

And then one day, Pooran Devi’s cousin brother Satya landed up. “Sister, I have come to invite you all for my daughter’s wedding”, said he. Joyous was the occasion but the invite lacked the enthusiasm what should have been. Immediately sensing that something was amiss, she asked, “Brother Satya, tell me frankly what’s not in place?”

Sobbing and breaking down impulsively, he related, “I have spent my entire savings and also mortgaged my wife’s jewellery for this wedding. I have two other daughters who will be eligible soon. With my meagre income, God only knows what will happen to them.”

“Don’t worry brother, we will find some means. After all, they are our responsibility as well”, she consoled. But after he left, she sat down deeply contemplating on what her cousin had put across. Notwithstanding the fact that her own four daughters were coming up for their betrothal as well.

Pooran Devi’s rebellious grey cells went into an overdrive, an idea surfaced and she persuaded Prithvi to call a community meeting at the local Gurudwara. Never ever having addressed a gathering publicly, she stood up boldly in the Gurudwara and put across her cousin’s dowry woes.

“Also please don’t forget, you will all also land up in the same state sometime or the other and be a cause of each other’s ruin. Instead, if we marry our children with frugality, we can use our savings to set up our businesses. I propose from now onwards, every wedding will entail only the exchange of a shawl and a mundri (ring). Further, the celebratory meal will be contributory ”, she suggested.

“But what will the baradari (community) say?”, piped up a dissenting voice from the corner.

“We are the baradari”, she emphasised, “So we don’t need anyone’s permission.” Murmurs of approval surfaced especially from the ladies section and Pooran Devi knew she had touched the right chords. And so it is from that eventful meeting some seventy five years back that the ‘Shawl and Mundri’ tradition was adopted by the fraternity. People say that that this one act rescued the entire community and put them on the path of prosperity. The results of which were there for everyone to see.

By today’s societal norms you may not think much of it, but this was a very brave and extraordinary feat to pull off in the deeply misogynistic society of those days. Of course over time, the marriages in the family are not frugal anymore, but Pooran Devi’s legacy is kept alive by the symbolic exchange of the shawl and the mundri.

A reminder of the hard times gone by and the conviction of a resolute lady who was highly educated though not really literate.

The Government got it almost right when they coined the slogan,“Beti Bachao, Beti Padao”

Except that it should have probably been the other way round, “Beti Padao, Beti Bachao”.

That is “An Educated Girl can be her Gender Saviour!” 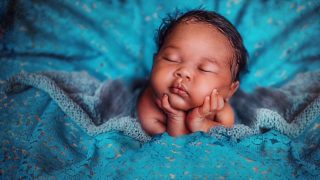 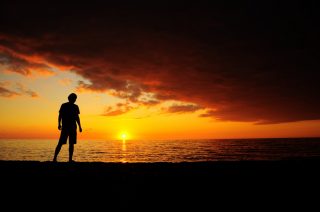 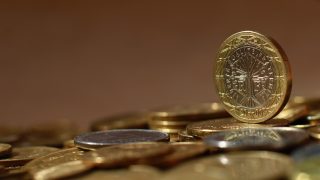