“That will be your last drink Arvind” stated Jaya as a matter of fact, as she finished laying out the dinner on the table. Arvind detested this daily reminder, the tone being a fine mix of a reprimand, an increased level of ‘given-up’ and an element of concern.

The story was not new at all. Arvind hated this interruption. After all, he had earned it all and deserved his moment of the day. Twenty years in the corporate world, first surviving and then leading in the rat race, it was no joke.

And just one more drink, what difference did it make to Jaya? Had he not made sure that she had everything she possibly desired? Yeah okay, she also used to work many years back. But now, he was the only one in the family who had to slog day and night. All she did was to look after the home and make sure that Rinku did his homework and stayed out of trouble. Rest of the time, she could have a ball of a time with her kitty groups.

Oh yes Rinku! Beyond the occasional ‘Hi and Bye’, he had not spoken to him for quite a while now. He used to be such a fun child once upon a time. But now, he would not share anything with him. Well, they had got him enrolled in the best public school in town. Never short of goodies and mobiles, he appeared to be a very ungrateful child. Maybe these are standard symptoms of teenage or probably influence of some friend in school.

“Dinner is on the table Arvind”, Jaya reminded “And oh yes! Please don’t forget to attend Rinku’s PTA tomorrow after Golf. It is at 11 ’O clock sharp.” “Nothing good ever comes out of all this PTA bull-c*ap’, he mumbled. “ Why can’t you go Jaya?, he asked irritatingly.

“I would have. You forget, I am picking up Mom from the airport tomorrow morning at the same time”, said Jaya  as she moved towards the bedroom. “Okay, will do”, reluctantly replied Arvind. Potentially eating into the post-tournament beer session, this PTA was surely going to be a spoilsport.

Many pastimes left behind on the anvil of so-called success, Golf was one pleasure Arvind would never give up. Reaching almost a vice-like obsession, the weekend mornings were reserved for the four-lettered word he loved.

And why not? He was so good at it from his college days. Maintaining his below 7-8 handicap consistently, he had won many local tournaments. Also, not forgetting, that Golf had helped him to rise when everything appeared to pull him down.

Today was a good day. Slightly cloudy, November winter sun playing hide and seek and a gentle consistent breeze from the West. Perfect golfing conditions that anyone could have asked for. A quick strong coffee, a bit of a struggle in the first three holes and thereafter Arvind hit his usual form. A lucky birdie and a couple of pars, he gradually moved ahead and felt good. Being on the course today compensated for all the grind of the past month.

He was sure he had heard a couple of messaging beeps on his phone but putting  the extremely challenging fourteenth was priority number one. His form was good and he knew the cup could probably be his today. Moving on to the tee-off for the final eighteenth, he heard his ‘phone-on-silent’ vibrate.

A quick peek at the phone. It was Jaya. He let it vibrate. Must be some shopping requirement, he thought. Lemme finish this crucial round. I will tell her later that my phone was on silent. Would that not be a lie? A voice spoke reminding him of his tirade against an office employee who had fibbed the other day. “Well technically I would be right that the phone was on silent”, he reasoned with himself.

Putting it behind, he moved on for the chip on to the green. “Gimme, the 52”, he asked the caddie. Positioning himself with poise, he chipped with a firm and steady hand. And Goodness gracious! The ball fell just short of the green. Puzzled, he could not fathom what went wrong. He had a look at the club and guess what? The caddie had handed over the 56 to him! In a moment of simultaneous cognitive failure, he also had failed to notice the disastrous mix-up.

“Blo*dy Mot**rfu*ker! You should be thrown out from here!”, he shrieked at the top of his voice. A resultant stunned silence had everyone around looking at an enraged Arvind reprovingly. Teary-eyed, the young caddie handed over the putter meekly. Arvind hated to lose and this time, he clearly had lost it. Rattled to the core, he further missed a simple three-footer putt and it all was over.

The phone vibrated. It was Jaya again. “Yeah ,what is it now?”, he snapped at her. A tirade from the other end and he realized he had goofed up on making it for the PTA appointment. Walking across to the car park, he lied blatantly on the mobile, “I am badly stuck in traffic”. Jaya knew better.

Deep down he knew that his hollow apologies would not convince even his own self. “But then it was just an inconsequential PTA meeting after all, no big deal. Further, I genuinely forgot”, he justified to himself. Plonking in the car, a face in the rear view mirror said, “Liar, and that too a seasoned one by now!”

On reaching home, the obvious happened as expected. Jaya’s silence over the weekend spoke more than anything could. Monday morning everything appeared to be abnormally normal. Rinku left for school even without the briefest Hi.

Reaching his own office, he asked for a coffee. Looking outside the window in introspection for the first time in many months, he suddenly noticed that the seasonal flowers around the fountain were in full bloom while the soil was absolutely stone dry.

Intrigued, he went out and queried the nearby housekeeping staff. “Sir, those are artificial plastic flora but look like real. People were missing out on watering the earlier natural plants which sadly died last month. So we bought these. We thought no one will notice but I guess it is difficult to fool people for a long time.”

Overwhelmed with his reflection in the pond below, Arvind knew that he was long overdue for a factory reset. Remorsefully, he started typing on his phone:

They say Golf can change you forever. Sometimes it just takes a bit longer.

Fist published at seekmediation.com on 13/11/21

previous
She Only Can!
next
Of Bananas and Hunger Pangs 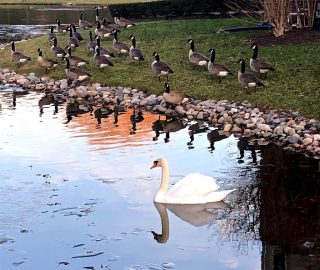 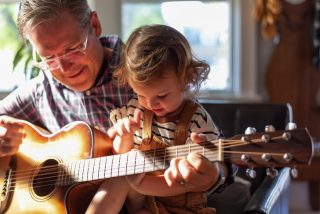 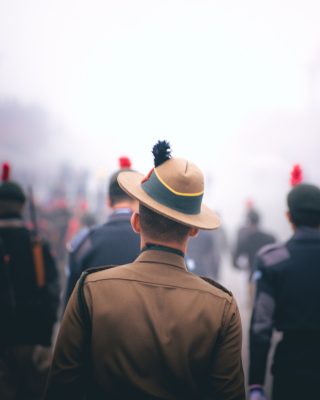 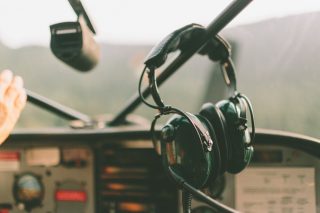 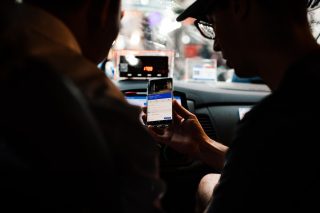